“Faster, Quentin! Thrill! Thrill!” This is how film critic, Roger Ebert titles his review of Quentin Tarantino’s newest film, Django Unchained. Tarantino, according to Ebert is “a student and champion of exploitation films. He digests their elements and reforms them at the highest level of their ambitions. The essence of the exploitation genre is to grab people on the basis of the shocking material itself, regardless of  such elements as…artistry, profundity or anything else.” From this, you know that the filmmaker has already grabbed the critic by the scruff of the neck. This is a telling statement. The essence of an exploitation filmmaker is to shock the paying public into giving him or her their attention and money. But something more sinister is at work here: Tarantino, we are told, “digests” and “reforms” the elements of the genre into a higher, more ambitious level. What does this mean? It means that the conventional rules of the game [of criticism] applicable to the genre are not applicable to the films of Quentin Tarantino, for they have transcended genre. 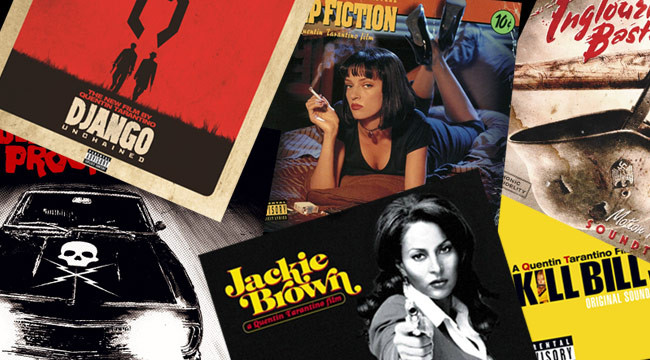 Hear Richard Corliss, film critic for TIME: “A pastiche that’s really as funny as it is long, and quite as politically troubling as it may be liberating, Django Unchained is pure, if not great, Tarantino. At 49, after eight films, the writer-director has become his own genre.” As an aside, what has Corliss become – this old man who finds Django funny? Since this film is almost three hours in running time, one can only imagine how funny the TIME critic found it. Django, funny? Really? But, there, you have it. Is this the end of criticism? Has euphoria, published as criticism overtaken the real thing? Tarantino has become a genre. By what new critical standards then, are we to judge this new genre?

Compared to Ebert and Corliss, Peter Apsden of FT is quite tame. “Slick, saucy and ultra-violent, Django Unchained is a jangle of trade-mark Tarantino touches, mashing up Wagnerian love story, bloody revenge fable, and a morality tale on the evil of slavery.” Why are these seemingly intellectually respectable critics so uneasy about offering an honest response to Quentin Tarantino? Is an honest critic of Tarantino politically incorrect? This tendency to disregard critical standards as regards the films of QT leads to the dubious discovery of a supra-genre that’s exclusively Quentin’s, one in which meaning, context, character, quality of performance, and the relevance of this or that sequence are not admitted. How then, is one supposed to approach a work of art, as art?

With Quentin, like Apsden correctly noted, everything is about style. It is so too with these critics. For Quentin, and for them, style is everything. Yet is there no more to respond to in a work of art beyond style. Is style unrecognizable except when it is intrusive, when it calls attention to itself, as it tends to in Tarantino’s films? “Look at me, see what I can do,” the filmmaker seems to be saying. Could it be because there is nothing else to respond to in his films? 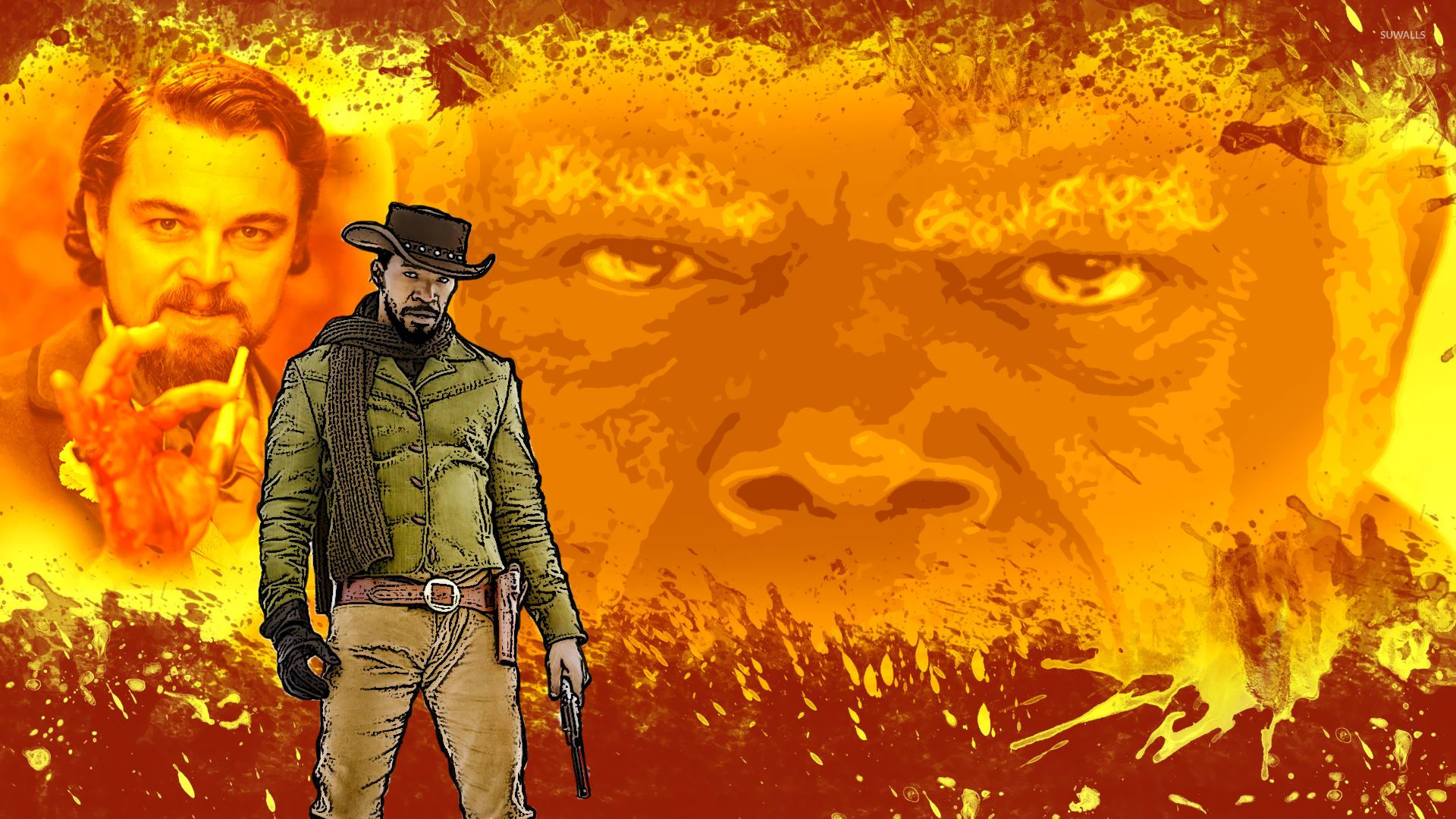 “When I’m writing a movie,” Ebert quotes Tarantino from a sometime interview, “I hear the laughter. People talk about the violence. What about the comedy… To me, the most torturous thing in the world, and this counts for ‘Reservoir Dogs’ just as it does to ‘Pulp,’ is to watch with an audience who doesn’t know they’re supposed to laugh. Because that’s a death. Because I’m hearing the laughter in my head, and there’s this dead silence of crickets sounding in the audience, you know?” Let’s leave aside the fact that Quentin has become his own fan, admiring his own pose. Let’s leave aside also, at least for the moment, the issue of laughter, violence, and comedy. The level of contempt for the audience in this statement is quite astounding. This is not the method of an artist, but that of a trickster, trying to get a calculated response from the gullible through tried and tested, cleverly repeated tricks.

When Ebert writes that, “In the hearts of many moviegoers there stubbornly lurks the desire to be exploited,” you know more has happened to him than being held by the scruff of the neck. “What Tarantino has is an appreciation of gut-level exploitation film appeal, combined with an artist’s desire to transform that gut element with something higher, better, more daring. His films challenge taboos in our society in the most direct possible way and at the same time add an element of parody or society.” At this point, the fan-boy has mastered the critic. Where is the comedy in that brutal fight-to-the-death between two black slaves? In the shot of the collapsed slave’s head, as the white slave-master’s hand drops a hammer – that is then used by the victor to pulp the defeated slave’s head – into shot? That a person is hearing laughter in his head at this moment? Where is the parody or satire in the scene when the same slave-master orders a runaway slave to be torn to death by dogs, as Django watches from a shade? And we are expected to join in the laughter in the filmmaker’s head?

“Tarantino Frees The Slaves!” This is how Richard Corliss titles his piece in TIME. As the movie opens this is what actually happens. Dr. King Schultz [Cristopher Waltz], a white bounty hunter frees Django [Jammie Foxx]. “I wanted to give black American males a western hero, a cool, folkloric hero who could actually be empowering,” Tarantino said to Guru-Murthy in that Channel 4 News interview. The condescension inherent in this statement is quite astounding. It is why freedom has to be given to Django, rather than him taking it – by a white man with the name of a black civil rights activist. We are encouraged to think of this person as an honorary black man, in much the same way that we are encouraged to view the filmmaker. 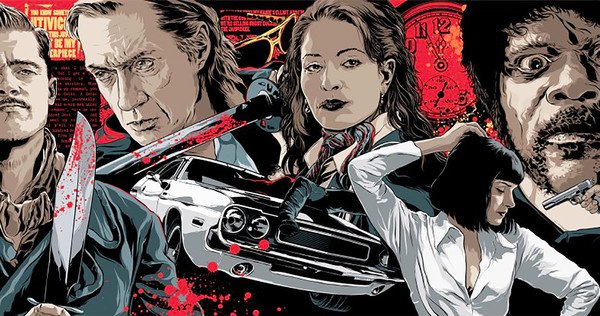 Black racial capital is not the exclusive preserve of black artists. No one prevents a white artist from exploring even the most hurtful chapter of black history – slavery. In doing this, however, Tarantino trivializes and strips slavery of all historical meaning. “I am responsible for people talking about slavery.” The level of conceit seems to be without bounds. Django and Schultz team up, the latter needs the former to help him identify three brothers wanted by the authorities in connection with a crime, and in return, Schultz will assist Django to rescue his wife, Broomhilda [Kerry Washington]. Django and Schultz murder their way to Candieland, a plantation whose owner, Calvin Candie [Leonardo DiCaprio] stages for pleasure a bloody fight-to-the-death between Mandingos, and who owns and prostitutes Hildy. The duo pose as wanting to buy one of the Mandingos and as after-thought throws in Hildy for a small price. Candie’s old slave, a stereo-typed Uncle Tom, Stephen [Samuel L. Jackson], the only real character alongside Candie sees through the ruse, which Candie fails to see even though both Django and Hildy has the letter R branded on their faces.

In outrage, Candie increases the price for Hildy and insists on a handshake from Schultz to seal the deal. Schultz shoots Candie in anger and is in turn killed by Candie’s men. Django then wreaks a bloody vengeance on the surviving inhabitants of Candieland, including Candie’s unarmed sister. How can one point out the implausibility of Candie’s actions to those whose only interest is technique without being told the whole thing is just fantasy and to stop such pedantry? Candie, courtesy of Stephen, now knows he has on his hands in Django, a wanted slave and all he does is increase Hildy’s price and asks for a handshake?

A major quarrel I have with the filmic portrayal of racial injustice, 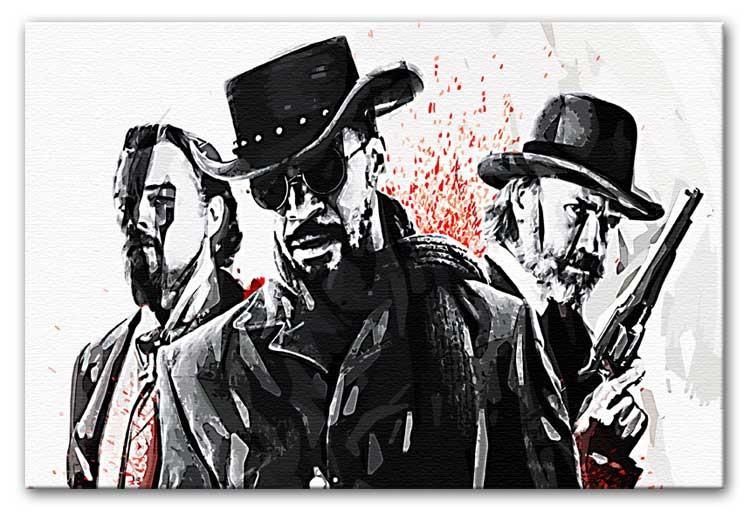 in this instance slavery, is the tendency to treat white people as if they are genetically wired to be racists. In this Django does not disappoint. Was there no more to slavery than the brutality of white slave-masters to black slaves? In other words, who are these white characters? Take Candie, for instance, could he have been Mr. Tate [yes, of Tate & Lyle and Tate museums of art]? We are never permitted to draw this inference. This, I think is why every white person killed by Schultz and Django must necessarily have committed a crime. White people are permitted to brutalize and kill innocent black slaves, but a freed black slave is not permitted to kill an innocent white slave-master. And this is why Django could not be modeled after Nat Turner. It would have been too “politically troubling.”

What is happening is that we – and I speak as a filmmaker – are being desensitized to violence, being conditioned to accept violence as a sensual thrill by movies. The two main players, complicit in the use of movie violence to predispose us to a right-wing agenda are Quentin Tarantino and Kathryn Bigelow. The only difference is that with QT – aided by ‘left’ critics – this violence is concealed under an anti-establishment posturing. In Django Unchained, the villains are deliberately made extremely brutal, in order to justify Django’s extreme brutality, in order to justify the killing of an unarmed young woman whose only guilt was by association. We are made to accept her death, not as the tendency vengeance has of warping the soul of those who relentlessly seek it, but as part of “Collateral Damage.” A man is ploughing a field with his son, Schultz urges Django to shoot him. It is Django’s first killing and when he hesitates Schultz tells him the man has robbed stagecoaches and killed in the past. It is reminiscent of Beatrix’s killing of a woman in Kill Bill, before the woman’s prepubescent daughter. Afterwards, Django reminds Schultz of that moment of the man in the field and argues that the world is a dirty place and no one can keep his hands clean. What is Tarantino saying? Is he aware he is pushing a right-wing agenda? Where have we heard this before? Once you subscribe to this view, you will justify any crime – one is simply being “dirty in a dirty world” 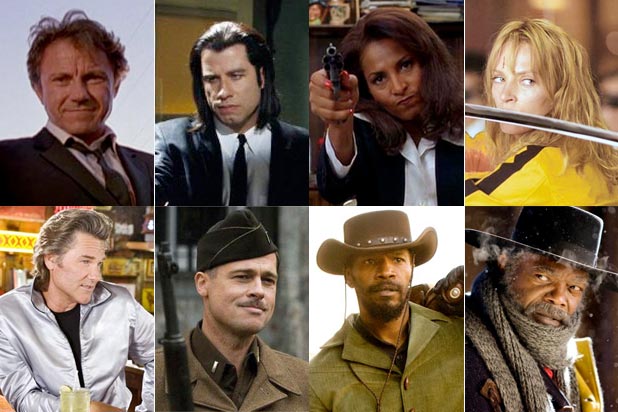 When the emotionless violence in Django Unchained is set to the violent lyrics of “gangsta rap”- Rick Ross’ “100 Black Coffins” and “Five-Thousand-Dollar Nigga’s & Gummy Mouth Bitches” – “Money on his head, bitch/ I’m trying to make a fortune,” you know Tarantino is consciously making a nod in the direction of a certain layer of Black urban male – the type that refers to women as “bitches” and “hoes.” It is for them too he uses the word “nigger” and not for any historicity. But when middle-class intellectuals accept this movie as a strike against slavery and revels in the bloodshed, you know they have become “reservoir dogs” themselves, whatever that means.

Everything in Tarantino’s film is a pose, a calling of attention to oneself, inviting our praise or envy. If there is one film that reveals what he is truly capable of, it is the film I consider his best work – Jackie Brown. Is it really necessary to point out to the filmmaker that repetition without development is a decline? Is this not a criterion for artistic development or decline? Everything in a Tarantino movie has been consciously worked overall element of surprise has been worked out of them. And this holds true for Pulp Fiction, Reservoir Dogs, Kill Bill, Inglorious Basterds, and now Django Unchained. Everything is borrowed from every film the filmmaker has seen and admired. In this lies the sorrow, and the pity: Tarantino is really a talented filmmaker. Talented, yes, but in film after film juvenile, self-absorbed and narcissistic.