With support from Goethe-Institut Nigeria and the Nigerian Film Corporation, Lagos Film Society is organising a 2-day programme of screenings and discussions on Friday, March 25 and Saturday, March 26, 2016. The LFS programme is a satellite event of the IREP International Documentary Film Festival, and will take place daily at the Nigerian Film Corporation, beside Voice of Nigeria, Obalende Rd., Ikoyi, Lagos. Entry is free and all films are in English or with English subtitles.

Audre Lorde, the highly influential, award-winning African-American lesbian intellectual and professor came to live in West-Berlin in the 1980s. During her stay as a visiting professor, she was the mentor and catalyst who  ignited the Afro-German movement. Lorde also had a decisive  impact on white women, challenging them to acknowledge the  significance of their white privilege and learning to deal  with difference in constructive ways.
[NB: Post-screening conversation will  focus on the encounter between white and black feminism] 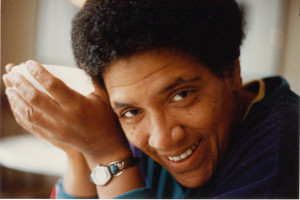 African cinema is currently undergoing a remarkable revival and this  renaissance is taking forms that node well for the  continent’s fledgling cultural industries. Across  Africa, we’re beginning to see the emergence of a range  of filmmakers wanting to make a renewed African contribution  to World Cinema. But, for the most part, these films hardly  get to be seen beyond borders across the continent. How do  we get African films to be seen across the African  continent? Featured panelists are Steven Markowitz (Big World Cinema), Chike Maduegbuna (Afrinolly), Chuka Ejorh (FILMSundays), Afie Braimoh (AFRIFF/ScreenCiti), Moses Babatope (FilmOne Distribution) and Ugoma Adegoke (The Life House/Lights, Camera, AFRICA!).

Venue: Nigerian Film Corporation (beside Voice Of Nigeria), Ikoyi rd.,  Obalende.
Time:  4pm
Entry Is Free!
A dynamic coming of age story about agency, resilience and the  transformative art form that is Voguing, KIKI offers  riveting and complex insight into the daily lives of a group  of LGBTQ youth-of-color who comprise the “Kiki” scene, a vibrant, safe space for performance created and  governed by these activists. Following members of the scene  as they prepare for and perform at exuberant Kiki balls in  New York City, KIKI highlights the infectious joy of these  performances, while also foregrounding the scene’s  urgent social function as an alternative family  structure.
[NB: Post-screening  conversation will confront the questions – Is sexuality a  construct, and is gender performative?]

Panel discussion
IS THERE A FUTURE FOR [NIGERIAN] FILM  CRITICISM?

Good movie criticism can take you out of the confusion you’re  left with when the lights come back on; it can make you care  about movies, make you aware of the possibilities of movies. Good movie criticism can break through the confusion that  manifests as PR and confirm to you that somewhere in the  world, sitting in the dark, someone else has felt what you felt. Moderated by Derin Ajao, this panel, an encounter between Talent Press critics of the Berlinale Talents and  filmmakers/filmgoers confronts the question: Is there a  future for [Nigerian] film criticism? Featured panelists include Oris Aigbokhaevbolo (Music In Africa) and Espera Donouvossi (Federation of African Cinema Critics). A keynote address will be delivered by Steve Ayorinde, Hon. Commissioner for Information and Strategy, Lagos State.

Venue: Nigerian Film Corporation (beside Voice Of Nigeria),  Ikoyi rd., Obalende.
Time: 1PM
Entry Is Free!
Statues Also Die traces the devastating  impact of French colonialism on African at. As Resnais’ co-director, Marker, stated: “We want to see their  suffering, serenity, humor, even though we don’t know  anything about them.” Their film shows what happens  when are is forced to lose its connection to a culture from  which it raises. This film was banned in France for 12  years. 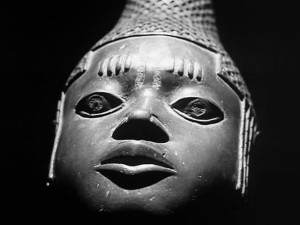 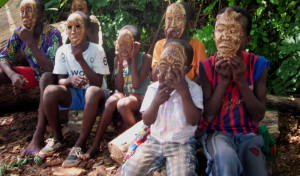 BLACK MARKET MASQUERADE (D: Peter  Heller, Germany, 2016, 53min).
The market for traditional African art is flourishing across the globe. In the past months single objects have been auctioned off for millions. Though ancient African art as an investment is a new development. The film follows the tracks from the poorest carvers in West Africa to the posh trade fair for gallery owners in Brussels and to Paris, where the prices for the art market are made.

Venue: Nigerian Film Corporation (beside Voice Of Nigeria) Ikoyi rd.,  Obalende.
Time: 3PM
Entry Is Free!
(A public presentation of an archive  project of Lagos Film society, in cooperation with  Goethe-Institut Nigeria and British Council Nigeria)
Memory is a  half-dark room where back-lit particles of dust hang, like a  veil, over a dump of half-forgotten rusted cans of films;  memory is fading images, in black and white and color, on  decaying frames, each frame a moment frozen in time. Memory,  like trauma, is never really our personal possession, is  never solely about us. Memory is always collective. How does  a national archive of films contribute to the practice of  memory and historical recall?
RECLAIMING HISTORY, UNVEILING MEMORY is an  invitation to the uncomfortable, but nonetheless exciting  journey of reclamation and negotiation through restoration  and projection. It is a look back – to the future. In the  sense that it seems to place archiving – beyond restoration  and digitization – in a curatorial context, in relation to  the present and the future.

Lagos Film Society is an organization dedicated to finding, nurturing  and celebrating African filmmaking, offering filmmakers and  filmlovers a platform to survey a range of works from across  and beyond the continent. The idea is to build a film hub  where filmmakers, film experts, film critics and filmgoers  can interact. The ultimate goal is to found the first arthouse cinema in Nigeria.

About the author AA

2 thoughts on “Full schedule for LFS screenings at IREP 2016”